Plenty of Smiles and Laughter at Annual Recognition Night

A wonderful evening of shining the spotlight on remarkable Selkirk College team members took place at the Castlegar Campus on May 12.

The annual Retirement & Recognition Night was the first in-person event since 2019 and brought together long-term employees, retirees and NISOD Excellence Award winners.

“There is a feeling of belonging at Selkirk College,” said President Angus Graeme, himself a recipient of a 30-year service pin. “When you work here, you know that you are part of something meaningful.” 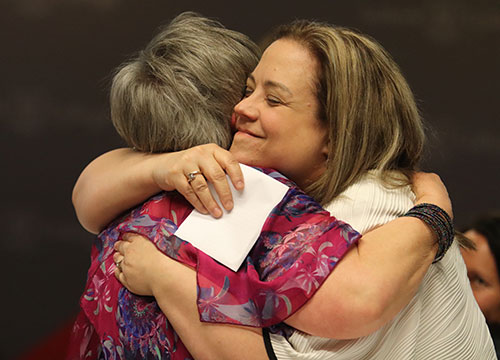 It was that kind of night at the Castlegar Campus. Retired HHS faculty Jane Green embraces Dean of the School of Health & Human Services Taya Whitehead.

Retirees were the last to be honoured at the event. Three of the ten recent retirees attended the event where they received a send off from colleagues and had a chance to take a turn at the microphone.

“When you work for Selkirk College, you actually have two families and two homes,” said Jane Green, a faculty member in the School of Health & Human Services for the last 16 years. “It’s a beautiful place to be because we are able to be such an incredible part of student journeys.”

A terrific meal was prepared/served by the Selkirk College Food Services Team and plenty of laugher could be heard coming from the transformed cafeteria. 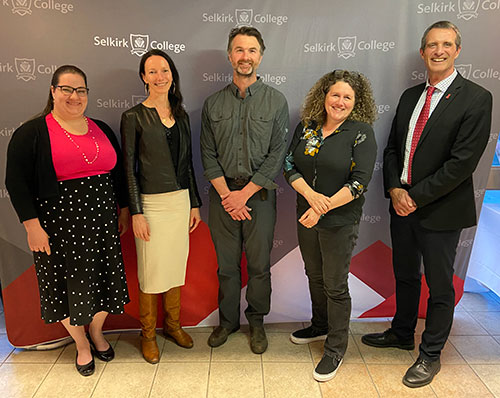 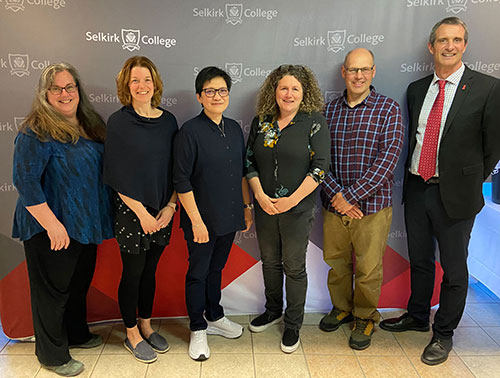 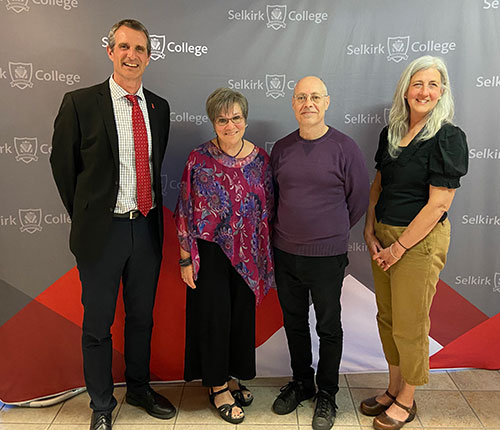 Learn more about Careers at Selkirk College and join us on Twitter.